There’s no trip better than a road trip.

We set off to Sicily for for the first week of January, much to the dismay of beach lovers everywhere. With some limited research and several possible itineraries in mind, we booked a car and took off into the wilds of Sicily to explore the coasts of this beautiful but bedraggled island. And, of course, to eat as much as humanly possible. 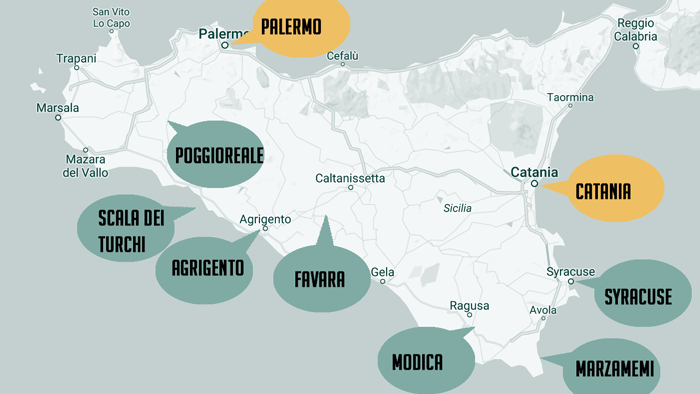 We started our journey in Catania on New Years’ Eve. Disembarking from our flight well after 8PM, we were lucky enough to grab one of the last taxis back into town. I’d been to Catania on a solo trip a few years back, largely in order to climb Etna (which was, as expected, amazing). Catania has a creepy baroque vibe fueled by black volcanic walls and weird carvings on buildings. I love it.

We passed the new year wandering downtown Catania, illicit fireworks exploding around us. We were ill-prepared for a night on the streets, but luckily, illicit street vendors stepped in to sell us a bottle of fizzy and sickly-sweet wine we passed back and forth at midnight.

We woke up early on 1 January 2017 to grab canoli for breakfast and to pick up our rental car to hit the road. We hadn’t really nailed down our itinerary, so we set off southward in a split decision to go toward Syracuse.

If you are ever in Catania, there are two places you absolutely must eat:

Stay in the exceedingly lovely and accommodating Mungibeddu Organic Bed and Breakfast – great location, clean and well-designed (and the ceilings are SO COOL).

Fresh into the movement of the road, we didn’t spend nearly enough time in this town. The golden light reflecting off of creamy sandstone walls, the wacky balconies and mismatched buildings give it a cool and offbeat vibe. 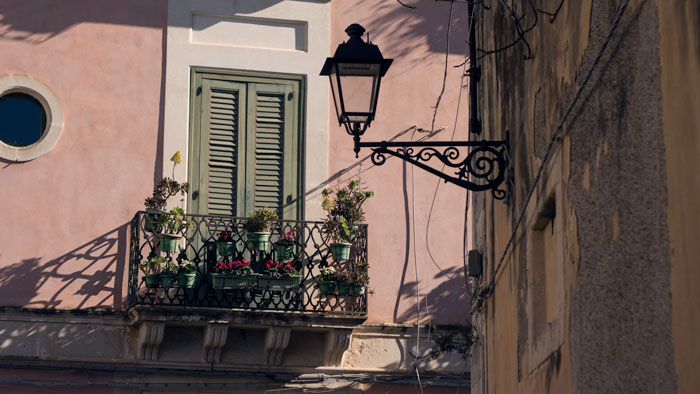 It was lunchtime, so we picked a couple restaurants from the guidebook and ended up by lucky chance at the charmingly offbeat Trattoria la Foglia. The food is delicious. The decor is amazing. Even if the food and wine weren’t so exceptional, you could come here just for the decorations: centerpieces of alien-looking flowers, weeds, and even romanesco broccoli. Tables are covered in lace and wacky patterns. The bathroom is inhabited by a creepy collection of dolls. 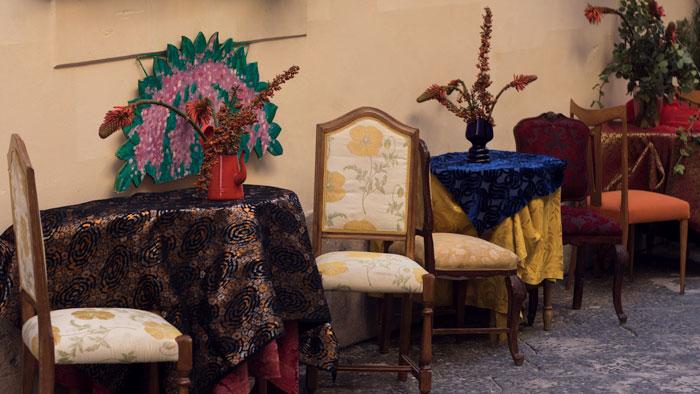 Drawn by photos on Instagram and travel blogs, we headed into the middle of nowhere, braving cracked and weed-encrusted roads and narrow dirt tracks to make it to Marzamemi. A great deal of the historical structures in Marzamemi are abandoned. More have been made into restaurants and shops. As our visit was during the off season, a lot were closed, but we still managed to happen into the amazing bookstore/cafe’ Liccamuciula for an aperitivo with locally brewed beer. 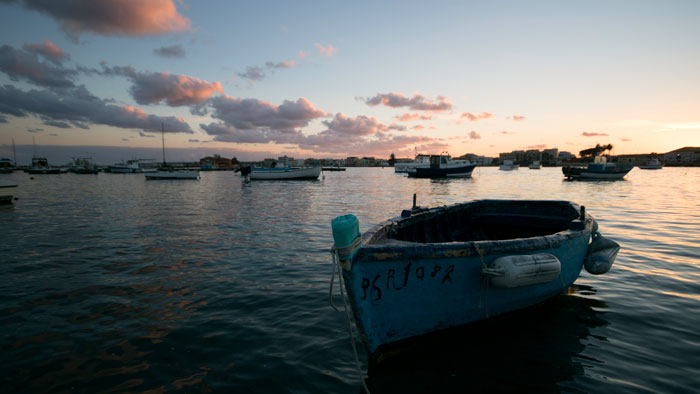 Today, Marzamemi has become a magnet for tourists and beach-goers alike thanks to its picturesque setting and evocative architecture. The central piazza of Marzamemi looks like a town created in miniature. The surrounding bay is filled with painted fishing ships. Cuteness aside, Marzamemi’s historical significance arises from its tonnara – a term which refers both to the nets and building used in the brutal and archaic tuna fishing technique called la mattanza.

Previously, la mattanza (meaning slaughter) was carried out on a yearly basis, ships departing into the sea with an enormous net which formed a “room of death”. As schools of tuna passed through , fishermen pulled in the nets and harpooned the fish to be slaughtered in the large complex in Marzamemi. Today, la mattanza is no longer practiced, both for its cruelty and lack of sustainability.

On our way from Marzamemi we made a stop for a trek through the Cava d’Ispica to check out the catacombs and caves, which were used in about a billion different ways throughout the past thousand years or so. Then we were onward to Modica to take in some baroque architecture.

In Modica, there are two must-dos: 1) chocolate from the Antica Dolceria Bonajuto; and 2) the view from San Giorgio. There would be a third must-do, which is a unnamed bakery near the bus station on Corso Umberto. If you find it, please tell me what it is called. 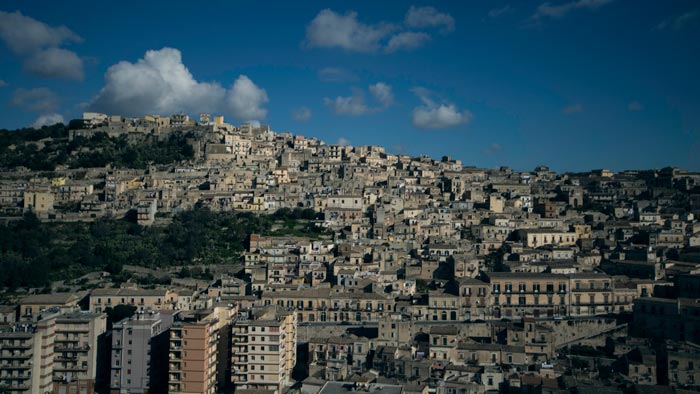 After Modica we continued onward toward Palermo, with a few more stops along the way.

For more shots from this leg of our trip, check out Flickr.