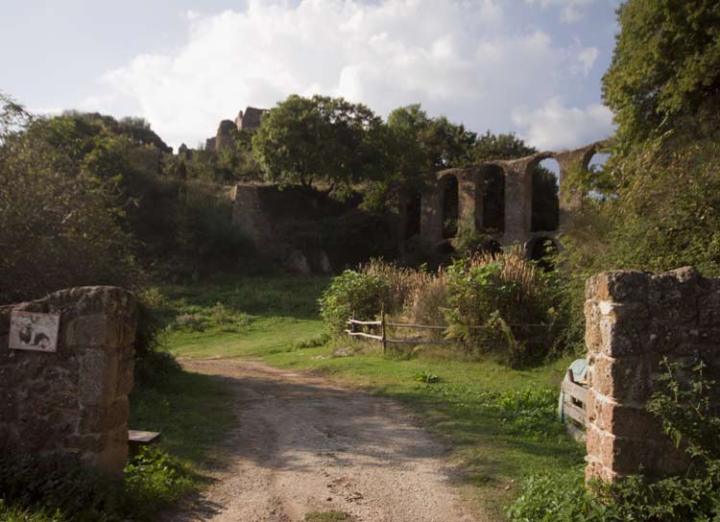 About an hour’s drive from Rome, the abandoned city of Antica Monterano clings to a mountaintop inside a nature reserve. Nearly swallowed up by the lush greenery, its crumbling walls have been preserved by the efforts of the Riserva Naturale Regionale Monterano (Monterano Regional Nature Reserve). While the maintenance means this won’t be the eeriest ruins you creep through, the attention paid to the site is heartening in a country where some of the most important archaeological ruins are being left to crumble slowly. 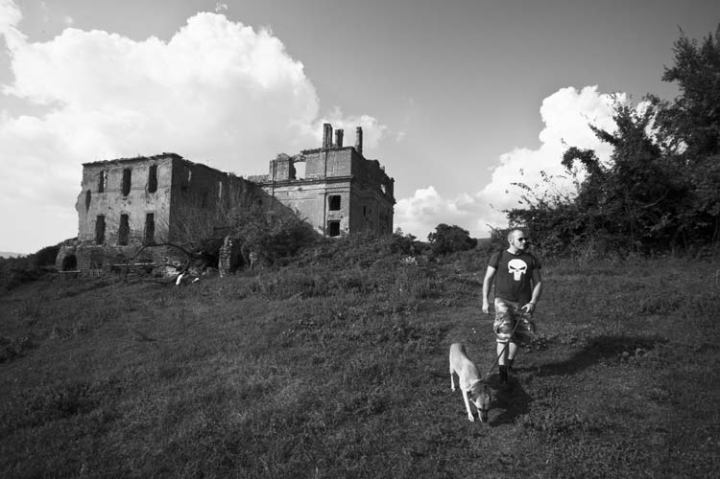 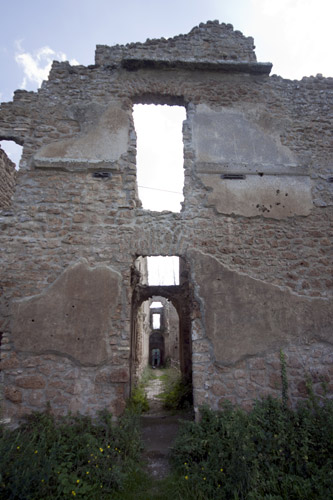 Our dog Angie in tow, we got an early start on our way towards Antica Monterano, persevering through the extra 40 minutes that traffic on the Cassia added to our excursion. Outside the city limits, the cool autumn air seemed to blow more cheerfully (though this might have been thanks to the reduction in honking traffic and swerving scooters).

Once we’d passed Lago Bracciano, our GPS was no longer able to point us in the right direction, not being programmed to include cities abandoned for some 200 years. As usual, the brown signs meant to lead tourists to cultural or natural attractions proved pitifully useless. Somehow they always disappear right when you need to make a turn.

We had been driving back and forth on the same stretch of road for some 20 minutes when we saw an older woman perched on the side of the road. “Ask her!” Flavio indicated, pulling up alongside her. Before I could say a word, she had asked for a ride to the nearby town of Canale Monterano. Not to be impolite, we welcomed her and her directions into the car.

A lifetime of horror movies has made me somewhat inhumane. Hours spent screaming in annoyance at foolish characters who pick up strange hitchhikers, neglect to lock front doors, and never remember to charge their cellphones has led to me doing the opposite – nearly pathologically. One of my greatest fears is that of having unknown individuals sitting behind me. Needless to say, I let this kindly grandma sit up front. 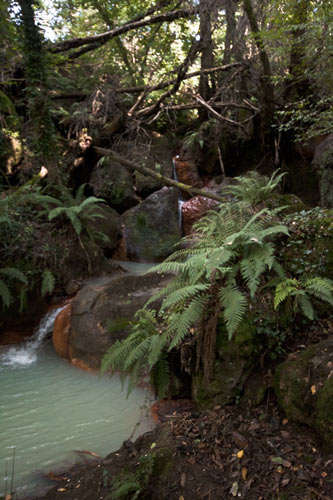 With her directions we were able to make it to the parking lot where the footpath for the lost city began. Feeling a bit like Indiana Jones I clambered down a flight of stairs, past a waterfall, which, according to our passenger, is named for a child who once fell in to her death. The path winds its way through strange green foliage and moss-coated boulders, alongside the sulfurous river.

In places, leafy ferns and hanging vines giving the impression of a jungle rather than a Mediterranean forest. The golden sun shining so heartily elsewhere was almost entirely obscured by the thick branches overhead, leaving us in the dark. Halfway along the winding path, an abandoned shaft of some sort cut into the mountainside, half filled with murky water, leading places unknown (and surely filled with alligators, I’m convinced).

Alongside a lightly simmering sulfur pool, the path leads out of the woods. Then it’s back upwards on a winding path towards the unseen castle looming above. At the top of the rise, the aqueduct and castle are immediately visible over the lush green shrubbery. A fountain still spews out water, which is coated in duckweed and crystal clear. We deemed it to be clean enough for the dog, though I declined out of respect for my intestine, Flavio insisting all the while that it was drinkable (Romans are incessantly proud of their ancestors’ water-working ingenuity). 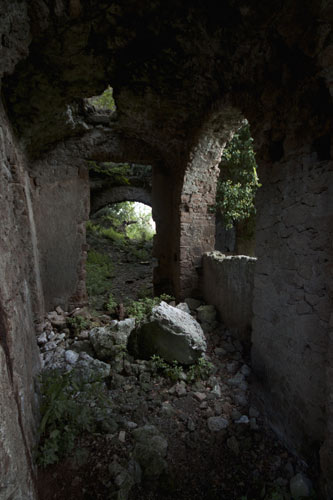 The most evocative part of the ancient city is the old church, the roof long gone, leaving ragged pieces of rock in its place. Parts of the city have been refurbished, foliage cleared away and fences put up where roofs are still crumbling into enormous boulders and grass half obscures deep shafts. An enormous lion perched atop what was once a fountain managed to jumpstart my heart, looming as it was high above us in the corner of my eye. The creepy effect of the ruins was slightly dampened by the potbellied man shooting photos of a woman dressed as a promiscuous Greek goddess (with his flash on, in broad daylight).

The site where Antica Monterano is located has traces of inhabitation ranging from the paleolithic to the medieval. Before the Roman empire it was the site of an Etruscan settlement. After its fortified castle came into extensive use throughout the medieval period, though it was abandoned after being sacked by French troops in 1799.

3 thoughts on “Exploring the Lost City of Antica Monterano”